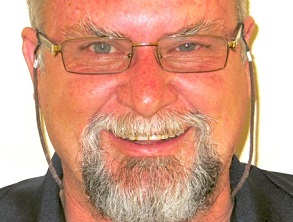 Paddington had some good staying form in Cape Town and if he adjusts to the sand track this five-year-old son of Elusive Fort will take some stopping in the Non-Black Type Cape Stayers over 2200m at Flamingo Park on Monday.

Formerly trained by Joey Ramsden, and now in the care of Cliffie Miller, Paddington raced against some of the best of his ilk in the Western Cape, and can even claim a win over one their most in-form stayers.

Gimme One Night won three success races from 2400m to 3200m and they included the Cape Summer Stayers Handicap and the Chairmans Cup, both Grade 3 events.

In the race just prior to those, Gimme One Night won a MR 78 Handicap over 2400m in which Paddington was a fast-finishing third, beaten just 1.80 lengths.

In March last year however, Paddington did inflict a defeat on Gimme One Night in a MR 81 Handicap over 2400m.

In addition, Paddington’s last win was over Benjan, who went on to win the Listed Woolavington Handicap over 2400m.

That form is a lot stronger than any runner Paddington will meet in this event so this could be a winning ride for Collen Storey.

The main danger could come from another runner having his Flamingo Park debut and that is New Fort. This seven-year-old gelding has been racing in KwaZulu-Natal and has some good form on the Greyville Polytrack. The distance should not be a problem and Corrie Lensley’s charge has the services of Muzi Yeni.

Another newcomer with a chance is Firefoot, while of the locals Town Flyer and Warrior’s Stone make the most appeal.