Back Smith And Yeni at Fairview 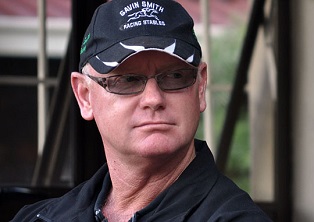 Champion trainer Alan Greeff may have a strong hand at the Fairview Polytrack on Monday but the trainer-jockey combination of Gavin Smith and Muzi Yeni is unlikely to come away from this eight-event meeting empty handed.

Greeff has five runners in Race 1, a Maiden Juvenile contest over 1100m but Smith-trained Aemiliano (Yeni) could be up to the task.

With the benefit derived from that run and having a good inside draw, he should go one better this time.

Smith sends out another bright prospect in top-rated My Boy Jack (Yeni) who lines up in Race 3, a Maiden Plate over 1000m. This front-runner was unlucky in defeat last time when sent off favourite with Yeni up and finishing second over 1000m, as he lost a shoe in the running.

The combination should recoup losses with a trouble-free run this time.

Smith-trained Conquering King is long overdue a win but that could come in Race 5 when he steps out with Yeni up again in a 1900m Maiden Plate. This four-year-old found one better last time over 2400m, but returning refreshed after a short break, the gelding will be tough to beat over the shorter distance.

The formidable combination of Greeff and Greg Cheyne should strike with Mythical Girl in Race 2, a Maiden Juvenile Plate (Fillies) over 1100m.

This filly will be out to recover losses after being heavily backed on debut and finishing third from a bad start. With the experience gained from that run she is unlikely to miss this time.

Follow Greeff-trained African Messiah (Cheyne) who looks the part in Race 6, a MR 72 Handicap over 1600m. The combination won decisively two runs back at the Polytrack over 1400m, but Cheyne missed the ride next time when the gelding was fourth over the same distance.  However, the four-time winner will relish stepping up the distance.

The combination could pop up in Race 7 with novice Capaill who contests a MR 62 Handicap (F&M) over 1200m. This filly has been threatening a win in recent runs and could strike with the advantage of the best draw.