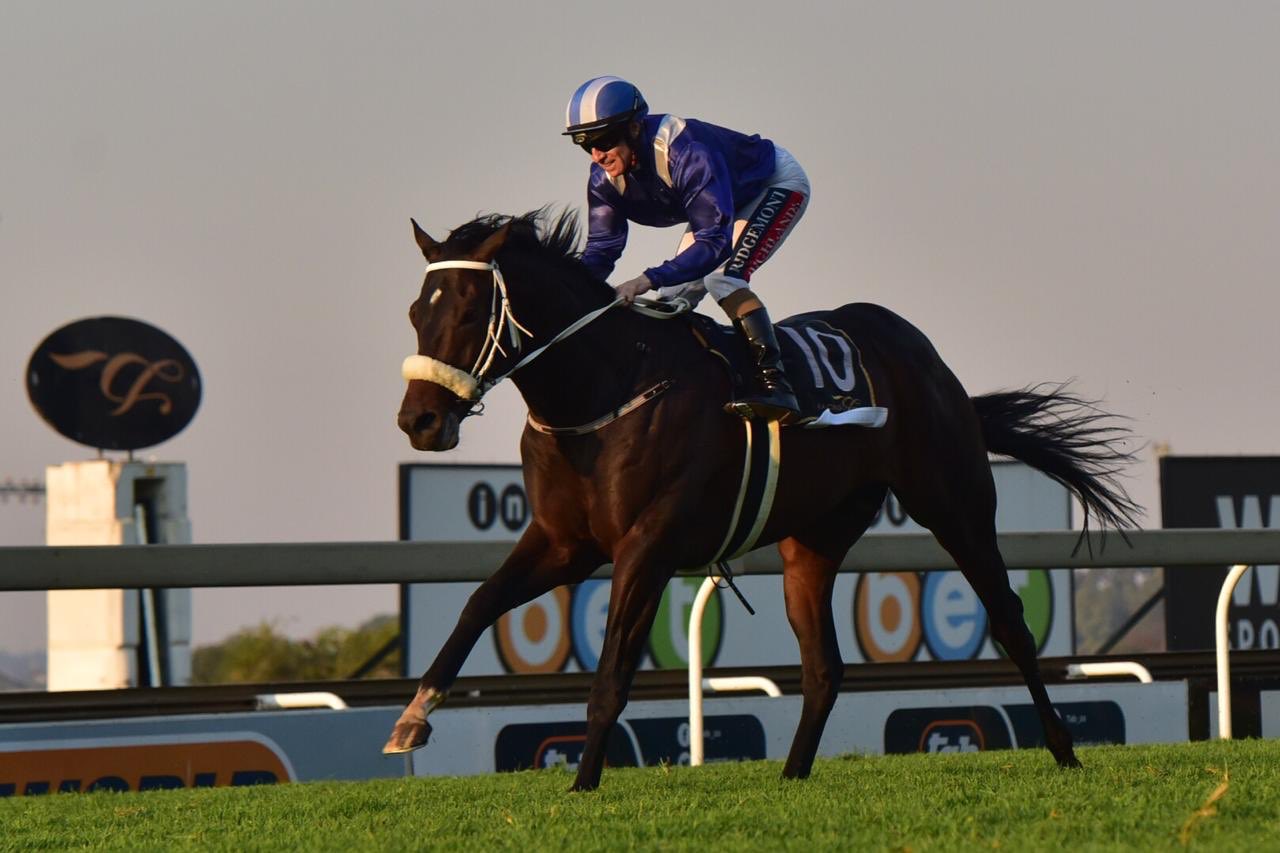 Sheikh Hamdan bin Rashid Al Maktoum of Dubai recovered a chunk of the R17 million he spent at last week’s National Yearling Sale when his rising star Hawwaam posted a sensational win in the Grade 1 Premier’s Champions Challenge over 2000m at Turffontein on Saturday.

However, it won’t be about the R2.4-million winner’s cheque Sheik Hamdan will receive as the lion’s share of the R4-million prize money. His Shadwell operation, managed by Angus Gold, is forever on the lookout for top horses. Whether they’re bought at various sales around the world or bred at home following careful matings, Shadwell is always striving to stay competitive at the top of the racing world with the best gallopers they can find.

In Hawwaam, they have a plum prospect in South Africa!

Trainers Mike and Mathew de Kock have both noted that Hawwaam is a horse with serious international potential, but with the restrictive export protocols in place we won’t be seeing him in action overseas just yet. Unless, of course, things come together on export regulations as they have been threatening to do recently.

That’s a matter for a different day and, for now, South Africa’s racing fans are the feet of the smooth-galloping three-year-old, a racer that gets the job done in easy, rhythmic fashion and doesn’t seem to raise a sweat in the process.

Mike de Kock, somewhat cautious after the race, assessed: “Hawwaam only beat a 107 and a 105 today so we’d like to see him against a stronger field.” But the eight-times champion trainer was visibly excited and he is well aware of what he has on his hands.

Racing through the 400m mark of the contest, jockey Anton Marcus was all but posing on Hawwaam (7-15 favourite). The three-year-old was about to sweep into the lead on a tight rein, and his rival runners were well off the bit.

In the next 200m, prompted only by a shoulder tap, Hawwaam swiftly disposed of Zillzaal, a lone early challenger. Shortly after that, Marcus started eyeing the racetrack’s big screen to see if there was anything needed to fend off late flyers, but no action was required.

Hawwaam stretched away to win effortlessly, untouched with the whip and four lengths clear at the line. The margin could have been double that had the rider so desired. Stable companion Cascapedia ran on for second, with Divine Odyssey staying on in third and Legal Eagle just edging Dark Moon Rising out of fourth.

“I don’t often get to say this but I’m at a loss for words,” remarked Marcus on his return to the winner’s enclosure. “That really was impressive.”

Marcus told the Tellytrack interviewer: “Hawwaam came out a bit aggressive, but he settled. We had a pacemaker, but if there wasn’t a front-runner I could’ve done it myself. He was the best horse in the race.”

De Kock concluded: “We felt a bit of pressure today, it’s never easy for a three-year-old to take on older horses at weight for age. Well done to the programmers, who moved dates so we could see a top three-year-old against the older ones, it’s a spectacle everyone likes to see.”

De Kock added that Hawwaam was “a man, a horse who wants to be boss!” He praised his team for spending a lot of time around the colt and addressing “a few quirks”. He also praised Sheikh Hamdan and Angus Gold and said: ‘I am privileged to train for a man of his status and South Africa is privileged too.”

Hawwaam and stable companion Soqrat will be entered for the Grade 1 Rising Sun Gold Challenge, the Grade 1 Champions Cup and the Grade 1 Daily News.

“We’ll be looking at the draws. Greyville has become a go-cart track. We made a mistake last night racing Soqrat from a wide draw (in the KZN Guineas) and we won’t make the same mistake again.”

Hawwaam is a son of Silvano and Halfway to Heaven (by Jet Master), a half-brother to Sun Met winner Rainbow Bridge (Ideal World). They were raised at Mary Slack’s Wilgerbosdrift Stud and in both we have the almost limitless kind of thoroughbred potential we have not seen in local ranks in years.

Tweet
Published in Latest News
More in this category: « Do It Again Gallops this Friday Raiders target EC Derby »