Take Balletto to sprint to victory 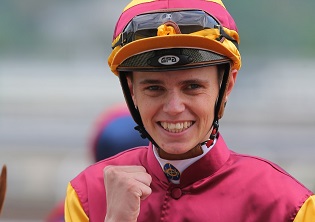 Sometimes it is not about who you beat, but rather how you beat them.

Although this statement is very true, punters may be faced with a bit of a conundrum when trying to pick a winner between Wisteria Walk and Balletto when they lock horns in Race 3, a FM 84 Handicap over 1200m on Turffontein’s Inside track on Tuesday.

Here is why you could make a case to banker each horse in your Pick 6.

They were heavily backed over 1200m on the first time of asking – Balletto the shortest at 8-10 – and both made a mockery of their opposition, but it was Wisteria Walk who won by the furthest margin. Ten lengths to be exact, in a work riders’ contest.

With that said, on paper the Mike de Kock-trained Balletto makes most appeal. Draws are of paramount importance at this venue so she will benefit immensely by jumping from stall gate 1.

This daughter of Soft Falling Rain also gets an in-form jockey aboard in Callan Murray, who has an impressive 16.36% win-strike rate. Balletto also shoulders 1.5kg less than Wisteria Walk at 56kg.

The manner in which Balletto destroyed opposition suggested she has a bright future, and jockey Gavin Lerena couldn’t help but sing her praises.

“She won a very nice race and gave me a nice feel,” he assured. “She just quickened smartly and stayed on.”
It is also worth noting that the runner Balletto beat on debut, Princess Nicole, went on to win two races in a row.

Jockey Muzi Yeni rides Wisteria Walk and if he can get her to reproduce anything close to that debut 10-length win, she will give De Kock’s charge a torrid time passing the finish line.

The jockey-trainer combination of Sean Tarry and apprentice jockey Kabelo Matsunyane should be seen in the winner’s enclosure with Matloob – the closest thing to a solid Pick 6 banker – following the running of Race 8, a MR 80 Handicap over 1800m.

He followed up his debut fourth with a flawless triumph over 1600m most recently, defeating Gimme The Fire by no less than 3.50 lengths over 1600m.

This son of Silvano jumps from stall gate 2 in this 10-horse field – as opposed to main danger Powered Beauty’s No 10 – and will shoulder 1.5kg less at 56.5kg.

Apprentice jockey Dennis Schwarz can do no wrong at the moment and he looks great value for money when teaming up with Stuart Pettigrew-trained American Indian in Race 6, a Pinnacle Stakes over 2600m.

Not only will this Traffic Guard gelding attempt to extend his unbeaten record over this course and distance, he is also in pursuit of a third consecutive success.

His last five efforts boast three victories and two seconds so you are almost guaranteed he will finish in the money.
Although he doesn’t top the best-weighted column, he looks better than his 106 merit rating suggests and with 3kg less to shoulder than Dawn Assault, American Indian will be hard to peg back.