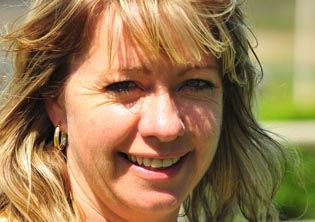 Consistency has been the key for Dancing In Seattle and she will be looking to notch up another win on the Polytrack at Fairview in Race 7.

The Yvette Bremner-trained Dancing In Seattle has been very consistent this year and should put up another decent performance in Race 7, a FM 85 Divided Handicap over 1300m on the Fairview Polytrack on Friday.

This Sail From Seattle filly has been kept to the turf this year and has not disappointed, winning three times and having only raced nine times there could still be improvement to come.

It may be worth noting that Dancing In Seattle failed in her first two starts which were on this surface in 2018.

Clearly though she has improved greatly since then.

This Querari filly has been impressive in her three wins this year but is returning from a break.

Jockey Warren Kennedy is clearly chasing the Jockeys’ Championship and has been lucky enough to get some good rides at this meeting.

Blushing Bride in the fourth race looks the pick of them.

This filly has been costly to follow so far but is long overdue to leave the maiden ranks and was a bit unlucky last time out.

She got too far out of her ground and hanging late clearly cost her victory that day.

From a good draw Kennedy should chalk up another winner.

When looking for winners it is always best to look at course and distance winners and in the last race we have two runners who have both done very well over this track and trip.

Elusive Diva was touched off in June by subsequent winner Masterful and followed that up when winning very easily in July.

This Elusive Fort mare was then touched off on the line a few weeks later.

Her last run which was over 1600m was clearly a bridge too far and she tired late.

This Captain Al mare won twice over the course and distance before that.

Tweet
Published in Latest News
More in this category: « Youngsters in the spotlight Gearing up for Summer season »
Login to post comments
back to top