Gearing up for Summer season 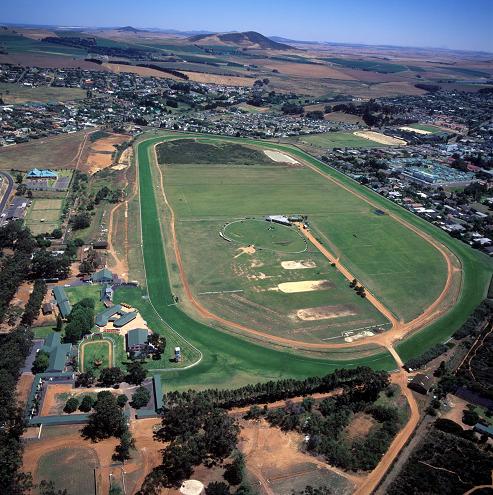 Considering that Sun Met winner Rainbow Bridge kicked off last season’s campaign with a win in the Matchem Stakes, all of the 11 runners in Saturday’s 1400m contest at Durbanville will be looking to emulate that feat.

One World, who has impressively won seven of nine career starts – including a Grade 2 and 3 – will attempt to maintain his unbeaten record over this distance, but will have to be at his very best to outrun the seasoned Undercover Agent.

Although the latter finished fourth in the Met, his form suggests he is far better over shorter and this was proven when he outclassed Rainbow Bridge by a close-up 0.15 lengths in the Grade 2 Drill Hall Stakes – which is also run over 1400m.

On paper this looks a two-horse race.

However, both One World and Undercover Agent are returning from layoffs and may suffer from ring-rust. This means runners like Star Chestnut, Search Party and Pleasedtomeetyou could upset the apple cart.

Front And Centre looks hard to oppose in the Diana Stakes.

She was victim to appalling draws during the previous season and although she was far from disgraced, that form isn’t a true reflection of this four-time winners’ ability. She’s top-class in the Western Cape and from No 1 draw is unlikely to miss.

Freedom Charter has won at Grade 2 and 3 level and is weighted to be very competitive. She finished sixth in this event last year but has improved lengths since.

But it’s not just the equine athletes who will be competing on the day.

The annual Jockey Charity Chase is also on the card and will see the likes of Richard Fourie, Corne Orffer, Robert Khati and many others in action. The friendly rivalry among the jockeys always provides great spectator entertainment. Proceeds from the race are donated towards the Western Cape Equine Trust.

The day offers unbeatable family entertainment, with the Market at the Barn on course for the day and homeware stalls, arts and crafts, as well as home industry items, will make for leisurely browsing between races.

For the culinary-inclined, there will be a potjiekos competition on course, which has a share of R35 000 up for grabs (T&C’s apply). Hurry, because entries close TODAY.

With live entertainment, a kiddies play area and live screening of the Rugby World Cup match between England and Argentina, the whole family is in for a day of food, fun and festivities.

Gates open at 9am for the early birds with a brekkie special – buy a breakfast bun and get a free coffee.
For more information, visit www.itsarush.co.za or Racing It’s a Rush on Facebook.

Tweet
Published in Latest News
More in this category: « Go Dancing In Seattle Prince Of Kahal wins the Joburg Spring Challenge »
Login to post comments
back to top